Home › News › In the presence of the French Minister of the Armed Forces, Florence Parly, iXblue delivers to Naval Group the cybersecure navigation system of the first Defense and Intervention Frigate (FDI)

In the presence of the French Minister of the Armed Forces, Florence Parly, iXblue delivers to Naval Group the cybersecure navigation system of the first Defense and Intervention Frigate (FDI)

iXblue delivered today to Naval Group, in the presence of Florence Parly, French Minister of the Armed Forces, the cybersecure navigation system for the first Defense and Intervention Frigate (FDI) for the French Navy under the project management of the French General Directorate of Armament (DGA). This is the first delivery of the contract signed between iXblue and Naval Group in 2017, which calls for the acquisition of Marins inertial navigation systems and Netans data distribution & processing units to equip the five new-generation frigates. 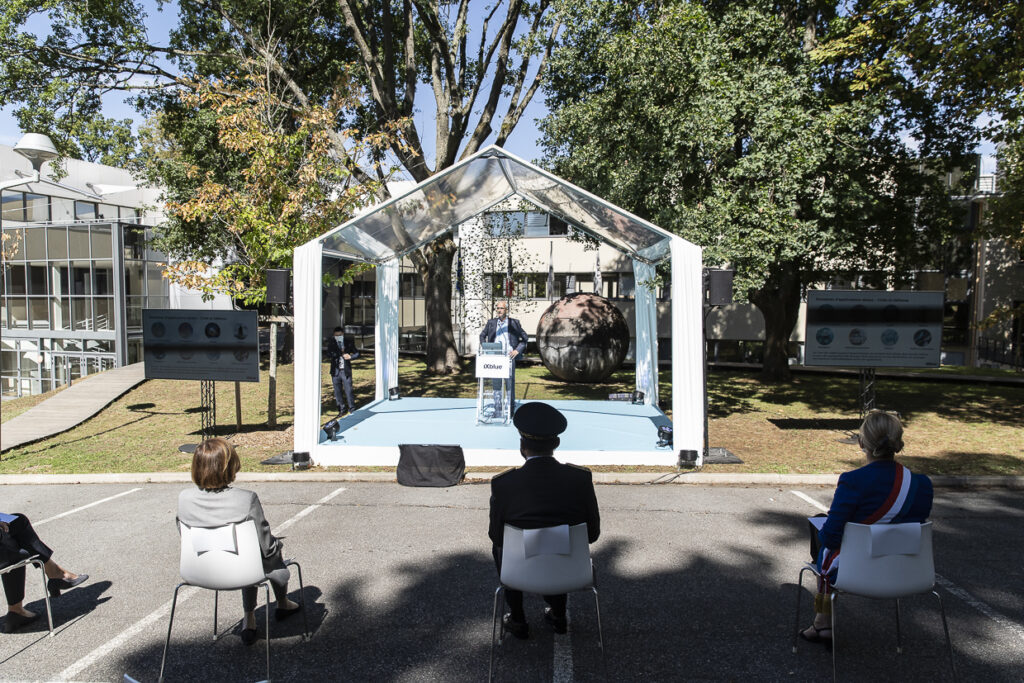 “It is the first time that iXblue systems have been chosen by Naval Group to equip a new-built major combat vessel for the French Navy,” explains Fabien Napolitano, CEO of iXblue. “We are extremely proud to be part of this major program to renew the French naval forces. This choice underlines the robustness and reliability of iXblue systems, and in particular their ability to respond to cyber security threats in environments where GNSS is inoperable. »

Olivier de la Bourdonnaye, Naval Group Program Director, also said: “We are very pleased to have iXblue among our partners for this “all-digital” frigate program, the new generation frigates for the French Navy. We know we can count on their cutting-edge expertise in the field of navigational calculations and cyber security to equip defense and intervention frigates with the best possible systems, meeting the needs of the French General Directorate of Armament (DGA). »

Based on the iXblue Fiber-Optic Gyroscope technology, the Marins units are very high performance inertial navigation systems, meeting the military requirements of the most modern combat ships. They provide highly accurate position, heading, roll, pitch and speed information regardless of the environment and even when GNSS signals are inaccessible. At the heart of the navigation system, the Netans data distribution & processing unit interfaces directly with the ship’s sensors, acquiring, analyzing, correlating and then distributing data to all onboard systems. As a result, the Netans range provides reliable, consistent and accurate navigation information in the most difficult operational environments, while also addressing cyber security challenges.

iXblue navigation systems, which have become references in the naval defense market, already equip more than 40 navies and coastguards worldwide, as well as 70% of the French Navy’s ships. iXblue also equips the entire French fleet with navigation software (SENIN).