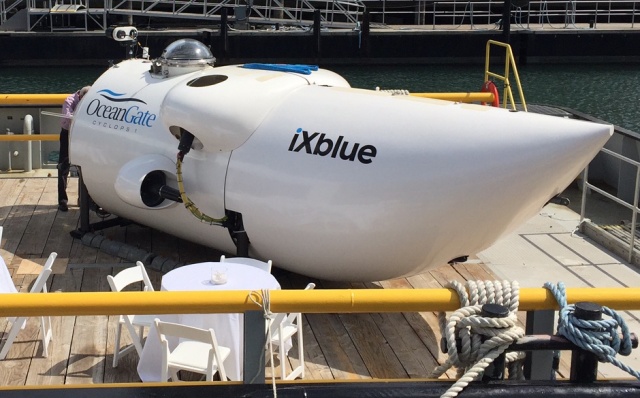 “OceanGate’s 2016 expedition began a survey of the exterior of the wreck to capture detailed multi-beam sonar images. The expedition included three dives in the manned submersible to begin mapping the wreck and debris field. The goal is to digitally assemble the sonar scans into a virtual model to help illustrate the full scope of the wreck and document its current condition.

Stockton Rush, OceanGate’s Chief Executive Officer, said the technology “worked beautifully” to help navigate the difficult conditions.“During each dive, we needed to approach the wreck at a specific place and heading to maintain maximum safety around the shipwreck site, and iXblue’s navigation system kept us on course the entire time.”