The main goal of this underwater survey was to visually confirm the integrity of the mooring lines and dynamic umbilical system, besides characterizing marine growth on the various components. To do so, Forssea deployed its smart ARGOS ROV, in partnership with Sulmara Subsea, an international survey services contractor, who was responsible for supplying the survey and positioning services during the subsea operation. A long-standing partner of iXblue, Forssea, who is used to relying on iXblue technology for its offshore operations, equipped its ARGOS ROV with the Rovins Nano/Nortek DVL tight coupling solution to get highly accurate navigation information. iXblue new Gaps M5 USBL system was also deployed to precisely position the ARGOS ROV during the 3-day inspection operation. 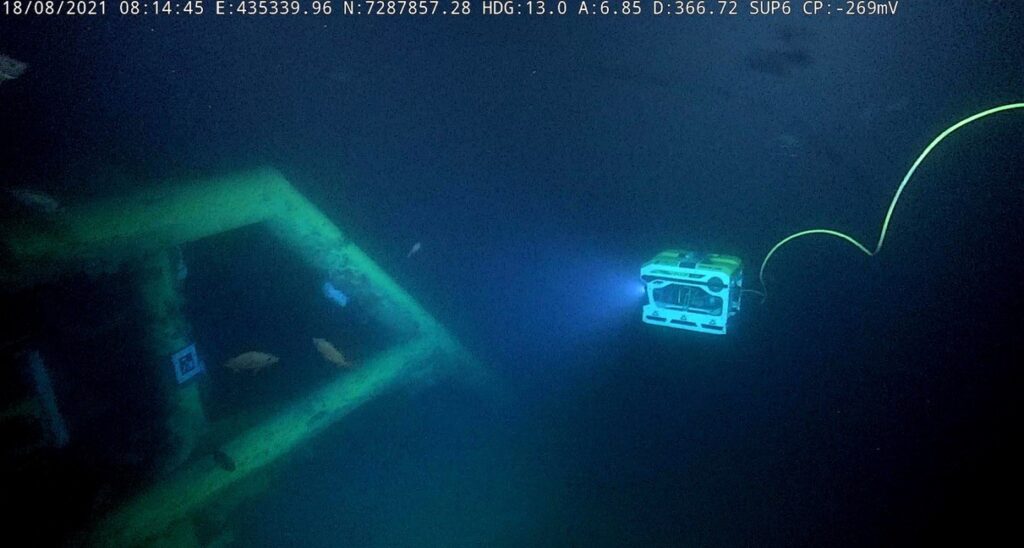 Reducing operational costs and increasing operational efficiency using Crew Transfer Vessels (CTV) and other smaller opportunity vessels to conduct accurate but efficient operations in a reduced timeframe is key to wind farms developments. The use of smaller and smarter technologies that do not require big vessels and large crews to be deployed and that reduce the hours spent at sea is thus central to the transition of the offshore industry. By providing autonomous survey capabilities that help automate windfarms moorings inspections and other light intervention repeatable tasks, Forssea’s Light Intervention Class smart ARGOS ROV – a compact yet powerful ROV suited for IRM operations and especially for offshore wind farm O&M work – offers improved performance and greater operational efficiency to meet those requirements. But while deploying advanced inspection means is one thing, accurately positioning them is also critical to conduct successful and efficient subsea operations.

“One of the key strengths of iXblue positioning solutions such as their Gaps M5 USBL system, is that they are compact and lightweight, and thus easy to deploy from a CTV and other small vessels used in the windfarm industry. And because they embed their own motion sensors, they do not require any on-the-field calibration, which provides precious time savings during the operations. Combined that to their extreme accuracy in shallow waters and horizontal tracking conditions, and you get an ideal positioning solution for wind farms applications,” comments Gautier Dreyfus, Forssea Robotics CEO. “Globally, our client was very happy with the precision achieved by the Gaps M5 USBL system and Rovins Nano/DVL tight coupling solution. Despite challenging deployment conditions, with strong winds and shallow water depths between 0 and 30 meters, the navigation and positioning solution used, combined with the high skills of the Sulmara personnel, offered very accurate and stable positioning, which was a key requirement for the successful autonomous inspection of the FLOATGEN wind turbine. In the end, our autonomous subsea inspection solution, combined to the high technology we deployed, and the top-notch personnel involved, enabled to achieve substantial efficiency, conducting the inspection tasks 8 times faster than what is usually observed using traditional methods.” 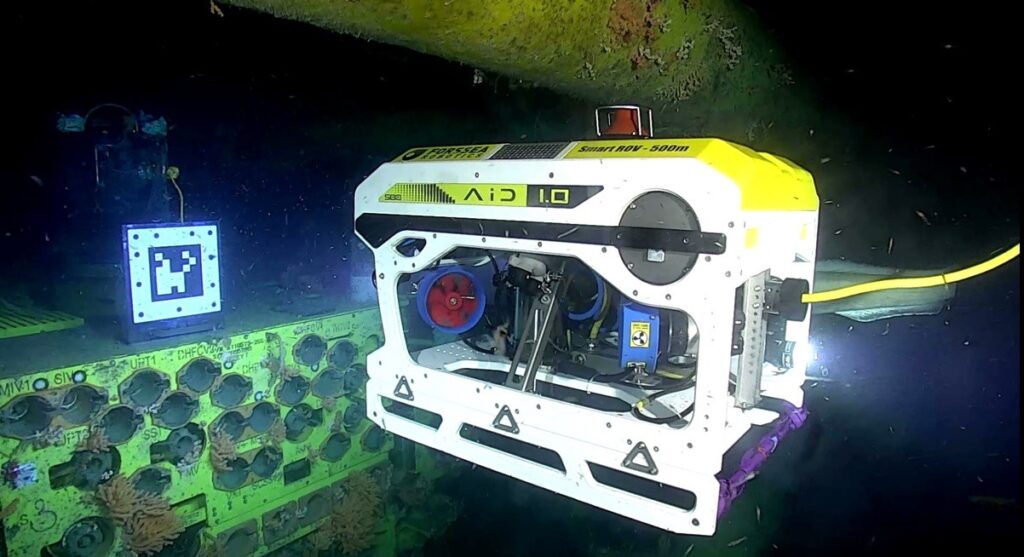