A long-standing customer of iXblue in the Asia-Pacific region, with most of the company’s positioning and imagery solutions already in use on their equipment, Penta-Ocean approached iXblue with a special request: to collaborate and produce a brand new imagery concept dedicated to Self-Elevating Platforms. With this new concept, Penta-Ocean was seeking the ability to see, in real-time, where the legs of the platform are being positioned, bringing safer deployment and supporting legs touchdown monitoring to the offshore construction industry. 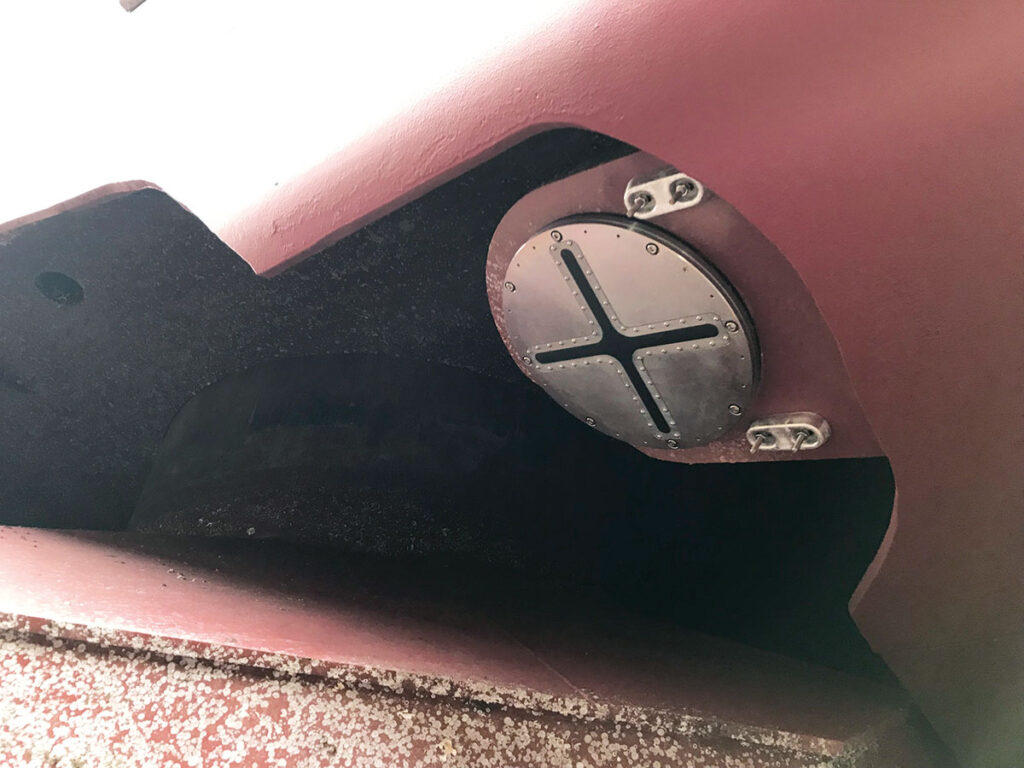 “This had never been done before, as such technology did not exist on the market,” explains Quentin Teo, Regional Sales Manager at iXblue. “Traditionally, before construction firms begin the deployment of an SEP or a rig, a survey is conducted by a hydrographic vessel in order to ensure that the chosen location is safe for deployment, as hazards can be encountered, and the seabed can be uneven. And because SEP are very large platforms, their maneuverability is limited and the positioning of their jacks (legs) is done blindly, based on the survey that has been conducted. One can easily understand how tricky the whole operation is.”

The use of an imagery system able to display the seabed in real-time, for operators to see where they are positioning the legs of the platform is thus a major breakthrough as it removes the need for pre-survey operations conducted by costly vessels and brings about more efficient and more flexible construction operations, as well as increased safety as a whole.

Recognized for its innovative spirit and agility, as well as for the advanced imagery technology developed by its Sonar division, iXblue thus started to work on this new request. The company’s SeapiX volumic 3D sonar being particularly close to the client’s requirements, it was decided to adapt the existing product to this particular marine construction application.

“SeapiX is one of the only solid-state solutions able to measure the bathymetric profile of a specific area from a still position, while still covering a wide range and being straight-forward to use,u201d explains Maxence Rioblanc, Product Manager at iXblue. “Penta-Ocean having identified SeapiX as a viable solution, we worked on adapting it to their specific needs. We focused on four major developments; from the algorithms that allow the sonar to perform a “static bathymetry”, to the new MMI, based on the GECDIS used for fishing applications and that we adapted for offshore operators while also adding new elements such as a 3D model of the SEP and its four legs, as well as new features including the possibility for the user to switch between the new three available modes (static bathymetry, standard bathymetry, and scanning). We also worked on integrating the information coming from the SEP (legs position, displacement, height when rising above the waterline), and on how to control the 4 SeapiX (one per leg) and how to visualize their bathymetric results all within a single user interface.

After less than a year working on this project, iXblue SeapiX-C sonar was ready to provide both dynamic and static seabed imagery for Penta-Ocean SEP and a first commissioning was conducted back in March 2019.

“The commissioning was a great success. As soon as the system was connected, installed and activated, our new SeapiX-C was able to successfully retrieve images of the seabed under the SEP. Penta-Ocean was pleased with our work and this collaboration at sea enabled us to work closely together to further improve our new systemu201d Quentin rejoices. “A year after this commissioning, we are pleased to officially be able to widen the range of our SeapiX sonar applications, already used for fishing and academic research, to include the offshore construction industry. With this new SeapiX-C, dedicated for dredging and SEP applications, marine construction operators will gain highly sought-after efficiency and safety for their operations.”