This synthetic aperture sonar, the Sams-150, offers a unique seabed mapping solution perfectly suited to deep-sea autonomous vehicles. Benefiting from more than 20 years of development within iXblue, this technology is already being operated by world-class navies and scientific institutes. This interferometric SAS sonar allows for simultaneous real-time imaging and high-resolution bathymetric mapping of the seabed.

“With a swath width of 500m for a constant resolution of 6cm, our new Sams-150 sonar optimizes the compromise between the resolution and range of imaging solutions. Thanks to its interferometric processing, a high-resolution bathymetric model can be generated simultaneously with the production of the imaging data, thus ensuring a coverage equivalent to more than 10 times the height of water under the sensor,” explains Bertrand Chemisky, head of civil activities at iXblue Sonar division. “Our SAS technology, coupled with an inertial navigation system and an acoustic positioning system, will ensure precise geo-referencing of each pixel, thus enabling the creation of homogeneous maps over large areas.”

The Sams (Synthetic Aperture Mapping Sonar) solution as designed by iXblue responds to the operational objective of significantly reducing the duration of operations at sea and therefore the cost of data acquisition. Following these same considerations, iXblue Sams sonar aims at optimizing the autonomy of underwater vehicles by seeking the best compromise between mapping coverage and energy consumption.

“The UlyX AUV is capable of diving down to 6,000 m and navigating on mapping profiles or in quasi-stationary flight near the bottom,” explains Jan Opderbecke, project manager for the development of the UlyX system at Ifremer. “It is equipped with a suite of state-of-the-art sensors to produce a set of data on the explored area: high-resolution imagery-bathymetry data with the Sams-150, multi-beam bathymetry, and optical images aided by a laser profiler for photogrammetry. The AUV also implements a set of modular scientific sensors adapted to the scientific mission: physical parameters, chemical analysis, magnetometry, etc. Sams-150 has been selected based on its specifications for integration and use on the UlyX AUV: size, survey parameters such as altitude, resolution and swath. The unprecedented performance of the sonar and the data processing software chain are real assets. By combining imagery and bathymetry, the data from the Sams-150 sea trials show a significant potential that will bring scientific exploration to a whole new level.” 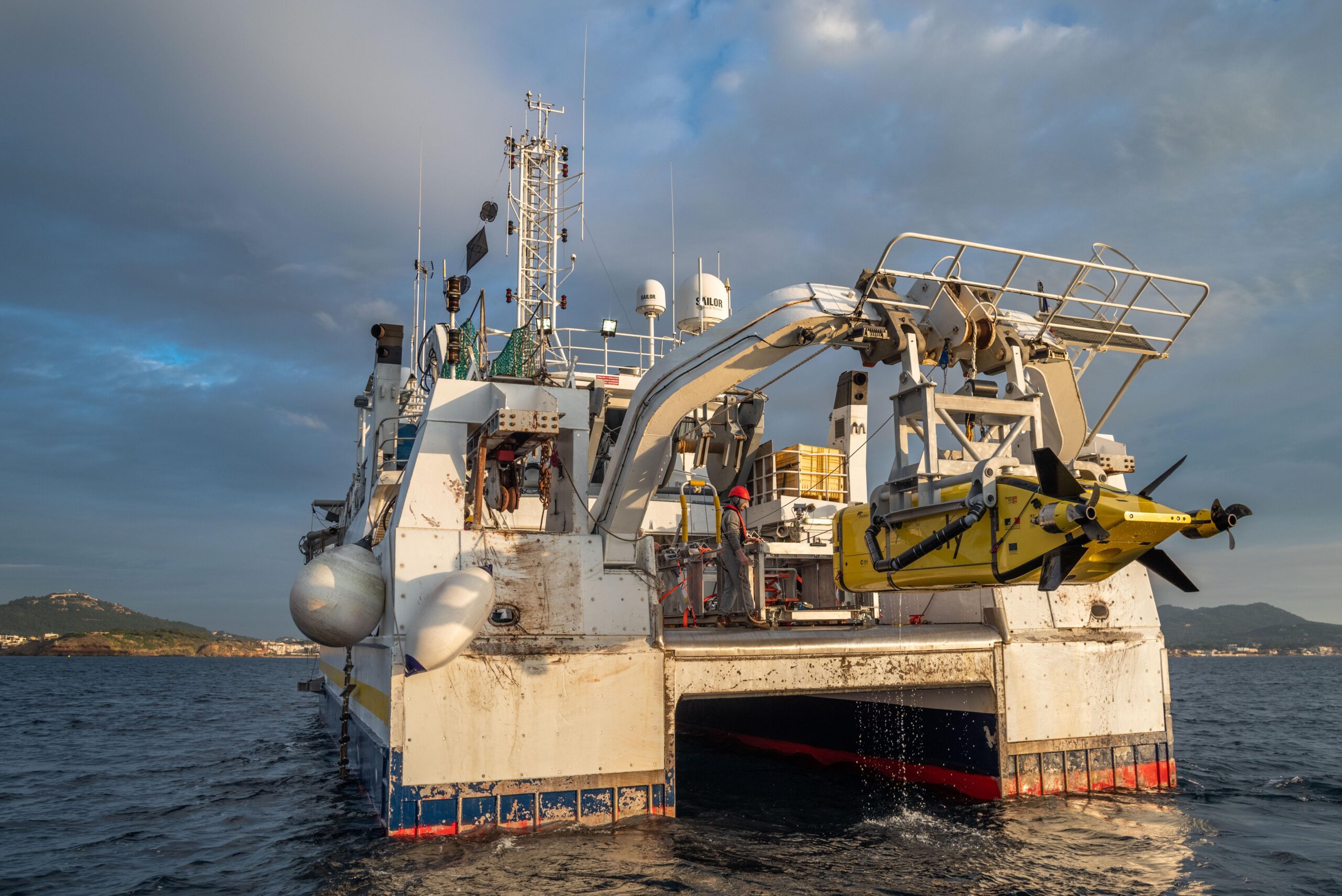